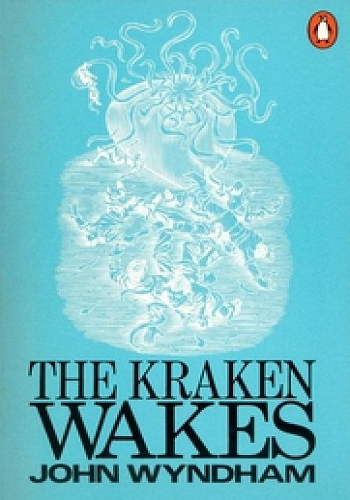 The Kraken Wakes is a science fiction novel by John Wyndham, first published in 1953.
Advertisement:

As witnessed by the married British reporters Mike and Phyllis Watson, mysterious fiery objects falling from space into the Earth's oceans are the beginning of a series of strange events; it is eventually discovered to be the work of aliens from another world, apparently one with a much thicker atmosphere so that they feel more at home in the ocean depths and may not even be able to survive up in the air. Attempts to investigate them go badly, and it turns into a war for control of the planet.