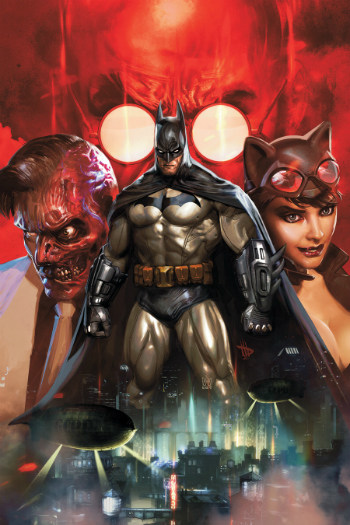 A digital exclusive comic series set in the Batman: Arkham Series, following various characters' actions both during and before the plot of Batman: Arkham City. It is written by Derek Fridolfs. Earlier arcs dealt with events alluded to in the Arkham City Stories database entries in Arkham City, but eventually this led to original stories which often contradicted the game, giving it Loose Canon status at best.

The comic is divided into several story arcs:

This Comic Series provides examples of: