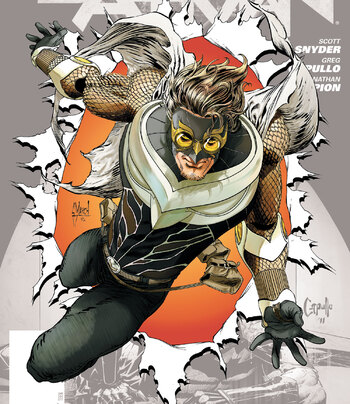 Talon is a DC Comics series spinning off from Night of the Owls Crisis Crossover.

Raised as an assassin in the Court of Owls, Calvin Rose broke free and escaped, but spent years with a price on his head. Following the events of the "Night of Owls", he returns to Gotham City to seek out and destroy any remaining vestige of the Court to finally gain his freedom once and for all.