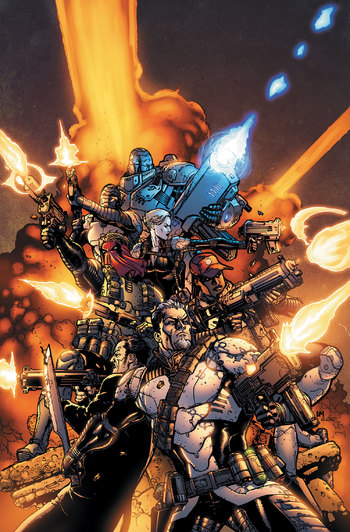 Team 7 was an eight-issue miniseries published by DC Comics as part of the New 52 initiative. Loosely based on the old Team 7 series published by WildStorm, it explores the history of the new universe in which characters from the Wildstorm universe have been integrated into the mainstream DC universe.