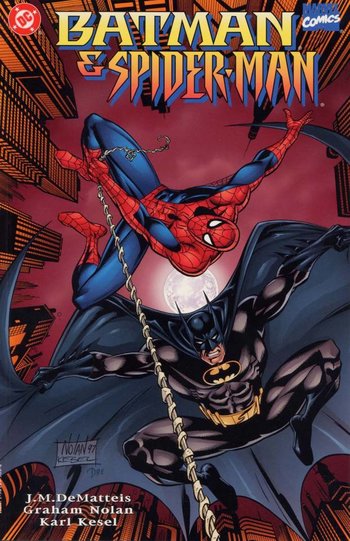 Batman & Spider-Man: New Age Dawning is a 1997 one-shot crossover by J. M Matthews and a sequel to Spider-Man and Batman: Disordered Minds.

When Wilson Fisk's beloved wife Vanessa becomes terminally ill with an untreatable form of cancer, he turns to Ra's al Ghul for help. Ra's offers him a cure, but on the condition of New York City going under the ocean. Ultimately, it's up to Batman and Spider-Man teaming up to put a stop to it.