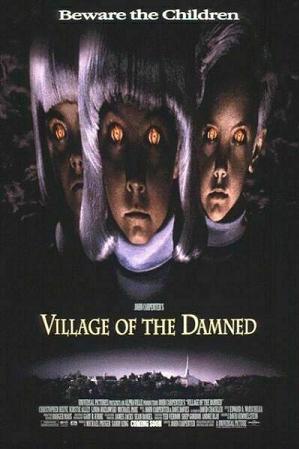 The movie is a Bloodier and Gorier remake of Village of the Damned (1960).

In the village of Midwich, everyone suddenly loses their consciousness for a day as they were preparing for a county fair. Later, it becomes apparent that all the women have mysteriously become pregnant during that time, which leads them to give birth to children who have immense psychic powers. The children, howewer, are devoid of anything similar to humanity and empathy...

This remake provides examples of: