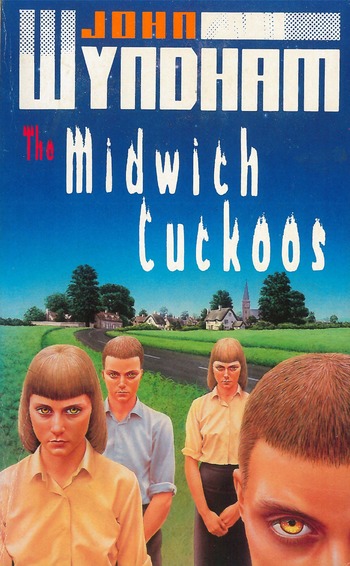 The Midwich Cuckoos is a 1957 science fiction novel by John Wyndham.
Advertisement:

All the women of childbearing age and capability in the Idyllic English Village of Midwich simultaneously become pregnant with alien children who all share the same uncanny appearance and have the ability to mentally manipulate people.

It has been filmed twice under the title Village of the Damned, first in 1960 and then in 1995. Sky has a series based on the novel premiering in 2022.