Film / Wish Upon a Star 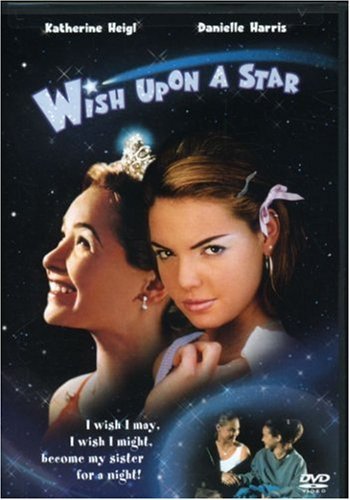 Wish Upon a Star is a 1996 television film and a 1990s Disney Channel staple, starring a young Katherine Heigl and Danielle Harris.

Hayley and Alexia Wheaton don't get along well. While Hayley spends time focusing on good grades and studying, her bigger sister focuses more on being popular and hanging out with her jock boyfriend. One night, while studying the night sky for her science class, Hayley wishes on a shooting star (next to her sister, relaxing in the hot tub with her boyfriend) that she could switch places with her sister. The next morning, they both awaken to find themselves trapped in each other's body. They decide to sabotage each other, but after their parents take a "hands off" approach to parenting, they eventually have to learn how to love each other on their own.

Wish Upon a Star contains these tropes: