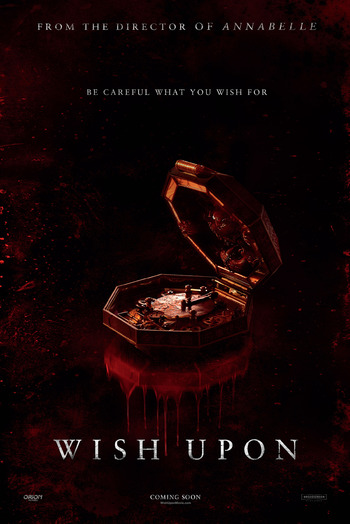 A 2017 horror film directed by John R. Leonetti (Mortal Kombat: Annihilation, Annabelle) and distributed by Broad Green Pictures, about a girl named Clare whose father finds a mysterious music box that grants 7 wishes. Although skeptical at first, Clare soon finds out the music box does indeed have power. Naturally, she begins using it to gain her heart's desire. However, every time she makes a wish, someone else gets hurt in order for the wish to come true. What's more, everyone before her who has ever owned the music box (and no doubt used its wishes) died under mysterious circumstances...