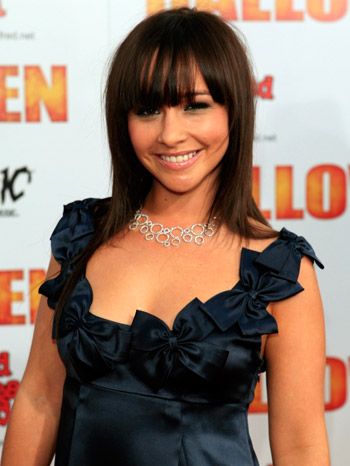 "It was my first movie, so I was more excited about that - just being an actress, never mind being in a horror movie. At that time, I wasn't even a horror movie fan. I did Halloween 4 and Halloween 5 back to back, and I decided that horror movies were all I wanted to do for the rest of my life. It was going to be my thing."
Advertisement:

Along with Halloween, she has appeared in a number of other horror films, such as Urban Legend, Blood Night: The Legend of Mary Hatchet and Hatchet II, cementing her as a Scream Queen. She has also done television, both live-action (Roseanne, That's Life) and voice work (The Wild Thornberrys, Father of the Pride) for animation.

As for the world wide web, she was the host of Fearnet's Route 666: America's Scariest Home Haunts, and along with fellow modern day horror legends Kane Hodder and Robert Englund, she was also featured in the webseries Fear Clinic, as Susan. She has a strong cult following that continues to this day.

Her directorial debut, a horror-comedy titled Among Friends, premiered in 2013.