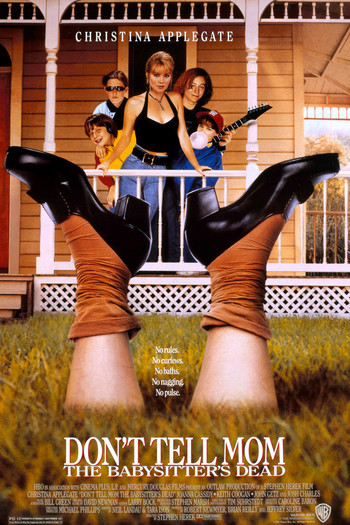 When their mother goes to Australia for the summer, the Crandell children are loath to find themselves in the charge of a crotchety old babysitter. When she promptly dies, they decide to keep that key fact from their mother so they can enjoy their summer with no adults to tell them what to do. However, their scant funds soon run out, followed by their food. Oldest daughter Sue Ellen (Applegate) must figure out how to take care of her younger siblings while keeping their mother in the dark.