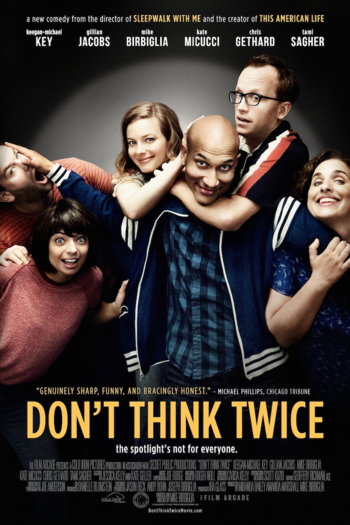 What could ever break up these True Companions?
Advertisement:

Don't Think Twice is a 2016 comedy-drama film written and directed by stand-up comedian Mike Birbiglia and Ira Glass of This American Life, the same team behind the film Sleepwalk With Me. It stars Keegan-Michael Key, Gillian Jacobs, Mike Birbiglia, Kate Micucci, Chris Gethard, and Tami Sagher.

The film follows an improv comedy troupe through their ups and downs as one of their members finds success elsewhere.