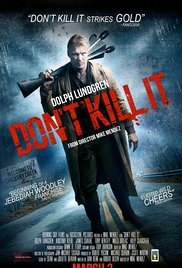 A small town is dealing with an unusual series of mass shootings. People are showing up with pitch black eyes and killing everything in sight until they're killed themselves. Then, the person who killed the shooter goes on a killing spree themselves. The FBI is called in at about the same time that demon hunter Jebediah Woodley (Lundgren) shows up. According to Woodley, these murders are caused by a body-jumping demon. Lacking a better explanation, FBI agent Evelyn Pierce (Kristina Klebe) teams up with Woodley to stop the horror.

The film was distributed by Sony in the US and Australia.