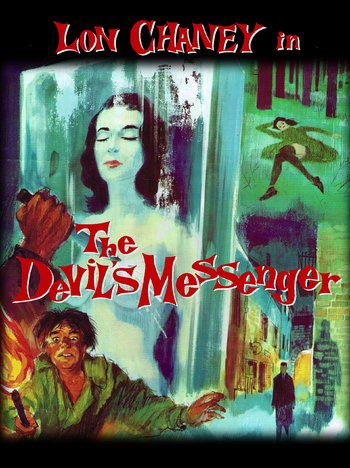 Satan enlists the help of a suicide victim in Hell to lure unsuspecting earthly victims to their eternal doom. Contains three somewhat unrelated Twilight Zone-esque stories (a photographer goes insane after raping a mysterious girl in the snow, a 50,000 year-old woman found frozen in an ice field is fought over by scientists, and a man's death is foretold in dreams).