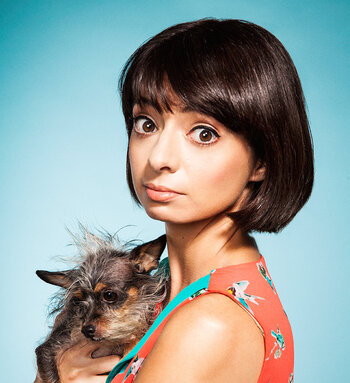 Kate Ann Micucci (born March 31, 1980 in Jersey City, New Jersey) is an American actress, voice actress, comedian, and singer. She is one half of the musical comedy duo Garfunkel and Oates. Her first major television exposure was her role as Stephanie Gooch in Scrubs, and she then portrayed Shelley in Raising Hope.

She made her voice acting debut in 2012, voicing Julie Burns on Motorcity, Velma Dinkley from Scooby-Doo, Sadie Miller from Steven Universe, and many more.