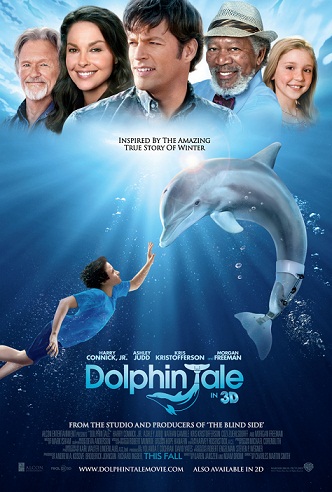 Dolphin Tale is a 2011 family Drama film inspired by the story of Winter, a bottlenose dolphin who got her tail caught in a crab trap, and subsequently was fitted with a prosthetic tail. The film is directed by Charles Martin Smith, who also wrote the screenplay. It stars Harry Connick Jr. as Clay Haskett, Nathan Gamble as Sawyer Nelson, Ashley Judd as Lorraine Nelson, Kris Kristofferson as Reed Haskett, Cozi Zuehlsdorff as Hazel Haskett and Morgan Freeman as Cameron McCarthy.

A sequel, Dolphin Tale 2, was released in 2014 and focuses on how Winter became companions with another dolphin named Hope.