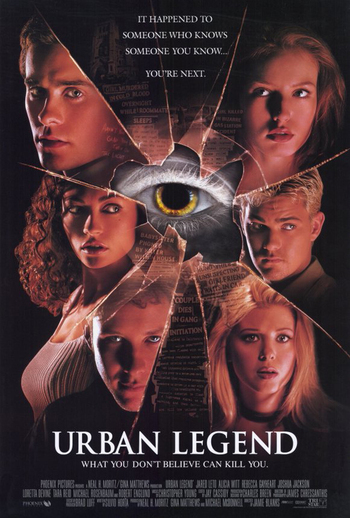 "Someone's taking all of these stories, and making them reality."
— Natalie
Advertisement:

After the vitality boost given by the success of Scream (1996), slashers returned to mainstream media and followers were sure to follow. Urban Legend is one of those followers, along with I Know What You Did Last Summer and Valentine.

The movie and its sequels, Urban Legends: Final Cut and Urban Legends: Bloody Mary, all share a similar premise: someone is killing young adults, taking cues from well-known urban legends.

These examples happened to someone who knows someone you know: