Film / I'll Always Know What You Did Last Summer 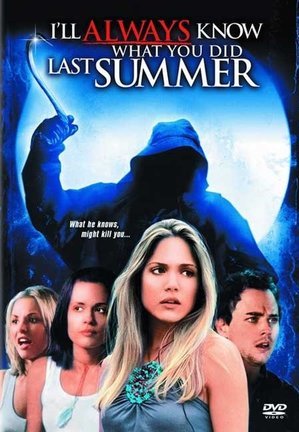 A group of friends try to pull off a prank, which goes wrong and results in one of them dead. They decide to cover up the truth, and a year later are stalked by a familiar figure in raincoat.