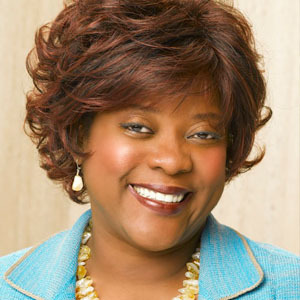 Loretta Devine (born August 21, 1949 in Houston, Texas) is an American actress and singer.

She is best known for her roles as Gloria "Glo" Matthews in Waiting to Exhale, Marla Hendricks on Boston Public and Adele Webber on Grey's Anatomy, the latter of which won her a Primetime Emmy Award for Guest Actress in a Drama Series.Other film, television and stage credits she has been involved with include Dreamgirls, Urban Legend, Crash, The PJS and Doc McStuffins.