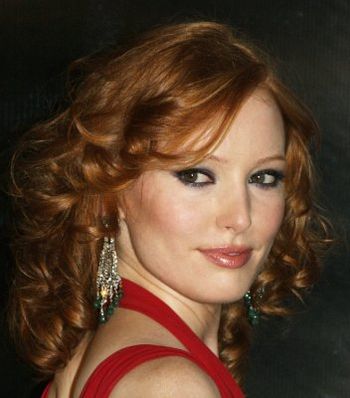 Actress from Worcester, MA, born August 21, 1975 in Worcester, Massachusetts, best known as Cybill's eccentric younger daughter Zoey on Cybill, porn-star turned cinema-terrorist Cherish in Cecil B. Demented, and the mistress of a powerful corporate executive in Last Holiday. Oh, also Madonna's lover in Four Rooms. Plus, she reportedly has a really high IQ. She initially came to public attention at age five, in a series of newspaper articles and a couple appearances on Amazing Discoveries, after she tested out at 200+. A huge fan of Mary Tyler Moore, she also voiced an ambition to be the first woman President.
Advertisement:

Besides her acting career, Witt was a contestant on a Teen Week edition of Wheel of Fortune in September 1990.

Roles of her include:

Her roles contain examples of: