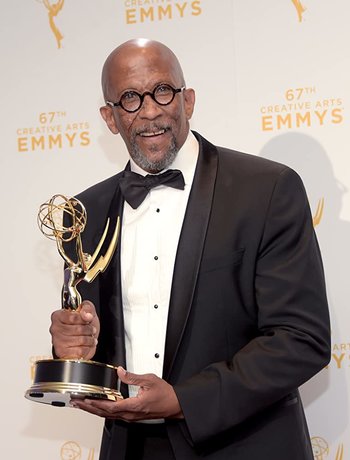 Reginald Eurias Cathey or professional known as Reg E. Cathey (August 18, 1958 – February 9, 2018) was an American actor, best known for portraying Norman Wilson in The Wire and Freddy Hayes in House of Cards (US), which he won an Emmy Award for Outstanding Guest Actor in a Drama Series in 2015.

He passed away on February 9, 2018 due to lung cancer. His final role was playing James Lucas, Luke Cage's father in Luke Cage (2016) season two. The season was dedicated to his memory.