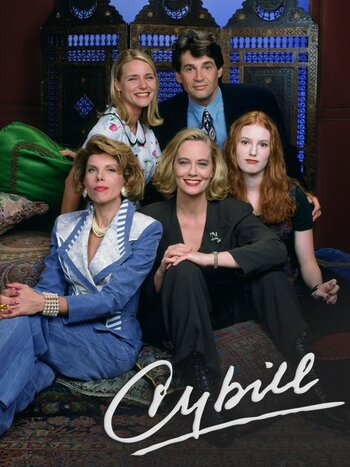 Cybill was a sitcom created by Chuck Lorre that ran from 1995-1998 on CBS.
Advertisement:

Cybill Shepherd played Cybill Sheridan, an aging actress that never had her breakthrough.