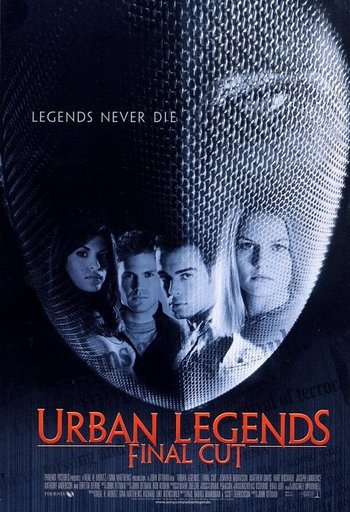 Urban Legends: Final Cut is the first sequel to Urban Legend, released in the year 2000.

Once again young adults are being killed by a masked figure, this time in a film school setting.

Notable as the only movie to date to be directed by noted composer/editor John Ottman (he also worked on this movie in both of his normal capacities).