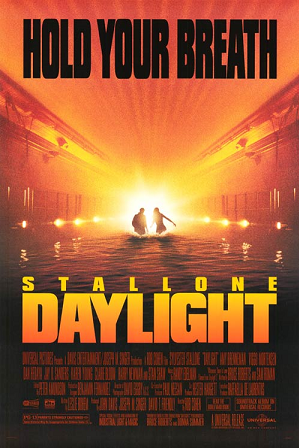 When an explosion blocks New York's Holland Tunnel at both ends, ex Emergency Medical Services Chief Kit Latura (Stallone) is the only one with the know-how and experience to save the day. Risking his life to join the survivors in the tunnel; he finds a feisty writer, an elderly couple, a famous action-man, a quarreling family, some young hoodlums, a security guard and even a Weimaraner dog. Can he put his own past tragedies behind him and bring this desperate group to safety?