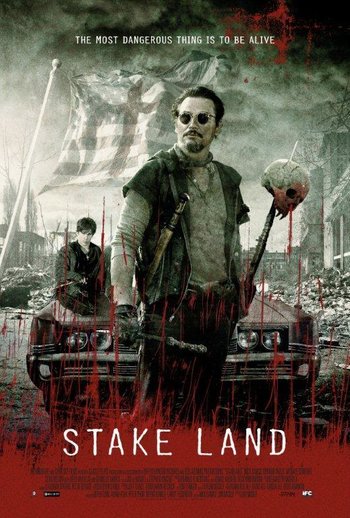 Stake Land is a 2010 vampire film about a teenager and the man who saved his life accumulating a small group of survivors trying to survive and avoid Feral Vampires and a twisted cult in a post-apocalyptic world, fighting their way to what they hope to be a safe zone in Quebec, or "New Eden".

The brutality and horror of this new world is self-evident from the outset and yet there is still those have hope and rare moments of joy within this harsh setting. The film received generally positive reviews but only a limited release, which makes it something of a hidden gem for fans of the genre.

A sequel, Stakelander, was released in 2016.