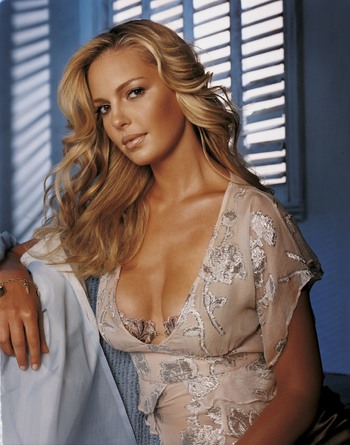 "I never would rule out a great character or a great story. I don't care what the forum is. If I get to tell a story that I'm excited about, I'm in."
Advertisement:

She started her career when she was 9 years old, doing advertising as a child model. She began studying acting and made her film debut in 1992 in That Night. In 1999 she landed the role of Isabel Evans on Roswell, for which she received a nomination for a Saturn Award, but ended up losing to Jeri Ryan.

In 2005 she landed her most famous role, as surgical intern Dr. Izzie Stevens on the medical drama Grey's Anatomy, and her performance earned her numerous awards and nominations, including an Emmy Award for "Outstanding Supporting Actress in a Drama Series".

In 2007 she married pop singer Josh Kelley, with whom she has one son and two daughters.