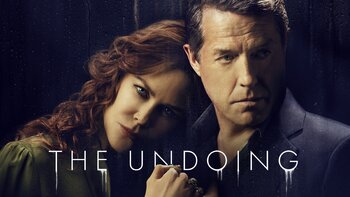 An HBO 2020 miniseries, based on You Should Have Known by Jean Hanff Korelitz. A well-respected psychiatrist, Grace (Nicole Kidman) learns that her much-loved paediatrician husband Jonathan (Hugh Grant) had secrets after he is accused of the murder of a woman at their son Henry's (Noah Jupe) school.