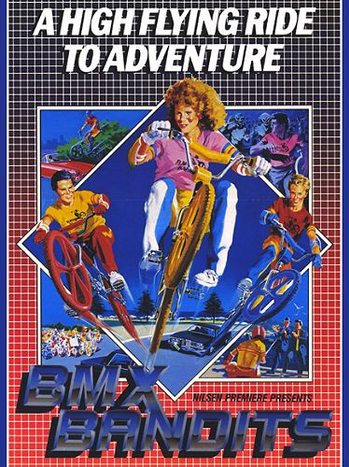 Two BMX bikers, P.J. (Angelo D'Angelo) and Goose (James Lugton) and a friend of theirs named Judy (Kidman) want nothing more than a BMX bike track to be built. To raise money, the three salvage a carton from the local docks. Inside they find some walkie-talkies, which they hope to sell. Unfortunately, the walkie-talkies are set to the frequency of a police station and were stashed on the dock by a gang of bank-robbers planning to use them to eavesdrop on the police. So a pair of Bumbling Criminals are sent to talk to the kiddies and get the walkie-talkies back. This culminates in a lengthy foot/car/bike chase about Sydney.