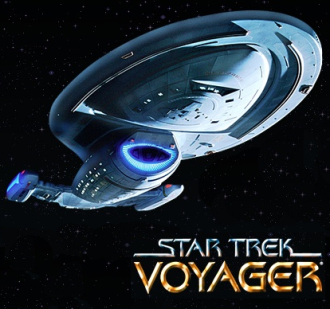 Care to guess the name of the Cool Starship that's the focal point of Star Trek: Voyager?
Advertisement:

This is one of the easiest ways to name a work of fiction. Instead of naming a series after a central location, the name comes from the vehicle that is the focal point of the series. Extra points to those works where the vehicle doubles as the primary setting (i.e. a good deal of the character interaction occurs onboard), the MacGuffin, or some combination of the two, all of which seem to be more likely if the vehicle is a Cool Ship (no, not that kind of ship) be it spacefaring, nautical, time-traveling, or an airship. As the title suggests, other vehicles, mecha, helicopters, tanks etc. also qualify for this trope.