Western Animation / The Legend of the Titanic 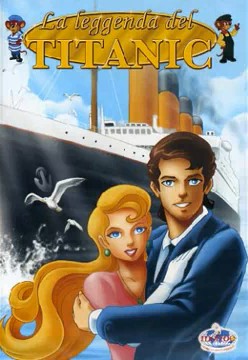 Not as Animesque as this picture makes it look.
Advertisement:

The Legend of the Titanic is a full-length animation loosely based on the infamous Titanic disaster, specifically the recent hit Titanic. It was released in 1999, produced in Italy by Mondo TV and animated in South Korea by Hahn Shin Corporation and in North Korea by SEK Studio. Impressively enough, this movie is not the only Italian animated film featuring talking mice on the Titanic where nobody dies - there's also the other Titanic cartoon called Titanic: The Legend Goes On, which this film is not to be confused with.

The plot is set on a voyage of the RMS Titanic, and concerns the romance between a Duke's daughter, Elizabeth, and a Roma prince who calls himself Don Juan. Maltravers (called Baron Vandertilt in the dub of the sequel) is the unscrupulous owner of a whale hunting company, who wishes to own whaling rights of all seas owned by Elizabeth's father. He intends to marry Elizabeth, and then make her father to sign over all whaling rights to him. Oh, and then he intends to cover his tracks by sinking the Titanic afterwards. You know, because it wasn't depressing enough that it was an iceberg that did it. Talking mice, dogs and undersea animals make an appearance.

Unlike that other Titanic cartoon, though, this one has actually a sequel called In Search of the Titanic, also titled Tentacolino, which takes place three years after the first installment. In Search of the Titanic has little screen time for the actual Titanic ship and most of it takes place in Atlantis. It also features some musical numbers which compete with those in Titanic: The Legend Goes On. Which got a sequel series called Fantasy Island around 2011.

The movie was produced by Mondo TV, who prior to making this helped co-produce the anime The Story of Cinderella with Tatsunoko. Later, they would go on to produce the cartoon Angel's Friends.

Both films provide examples of the following tropes:

The Legend of the Titanic provides examples of the following tropes:

In Search of the Titanic provides examples of the following tropes: 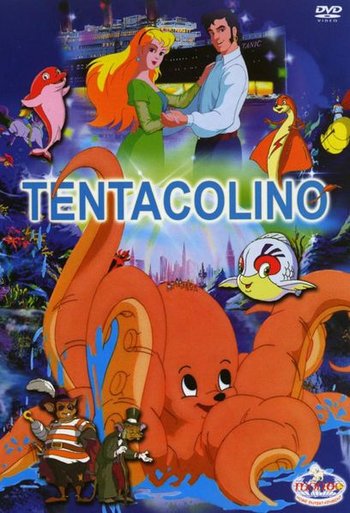 Example of:
I Need a Freaking Drink

Alternative Title(s): Tentacolino, In Search Of The Titanic