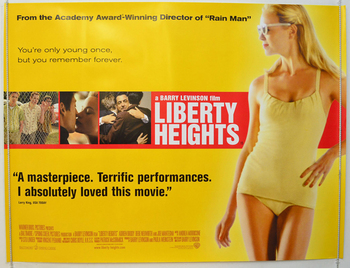 A 1999 American Dramedy written and directed by Barry Levinson set in the 1950s of a Jewish family living in a Suburban neighborhood in Baltimore. One of the sons, Ben (Ben Foster), meets a young black girl, Sylvia (Rebekah Johnson) as schools desegregate as a theme of race relations at the time as the two form a friendship.