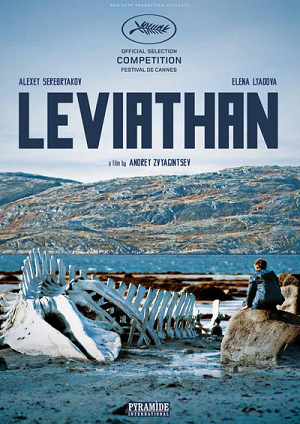 Leviathan is a 2014 film from Russia directed by Andrey Zvyagintsev.

Kolya is a handyman/mechanic who lives with his second wife Lilia in a gray, sad little town on the shores of the Arctic Ocean near Murmansk. Mayor Vadim, the fat, corrupt Mayor of the little town, is pushing an eminent domain claim that will allow him to seize Kolya's house and land, at a grossly low price. The mayor claims that he will build a communication station there but Kolya suspects it's for his own personal benefit. Kolya isn't going to cave so easily, however, and calls in his old army buddy Dmitri, now a Moscow lawyer, to help.