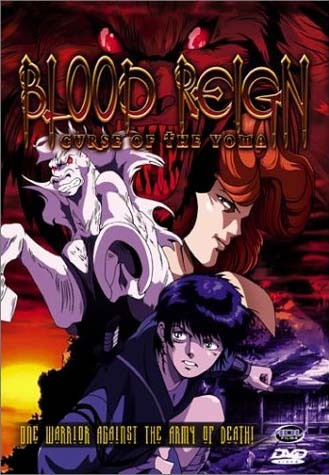 A lesser-known manga by Kei Kusunoki, the author of Bitter Virgin and Ogre Slayer. It takes place in Feudal Japan and revolves around two fellow ninjas from the Takeda clan, who have also been best friends since childhood. One of the two, Marou, begins acting strangely and just ups and disappears one night. That same night, the clan's leader is brutally murdered by a demon from Hell; a yōma. Fearing the worst, Marou's friend, Hikage, is ordered to track down the former and kill him before he can spread the word about the death of their leader to the clan's enemies.

It seems like a simple enough mission, but Hikage worries more for Marou than he lets on, and sinister forces from Hell are about to make themselves known to the blood-soaked land that is Japan.

The manga was later adapted into a two-episode OVA, which was aired on Encore's short-lived anime block in the states. It was also the first anime to be dubbed at ADV Films' Austin-based recording studio Monster Island.