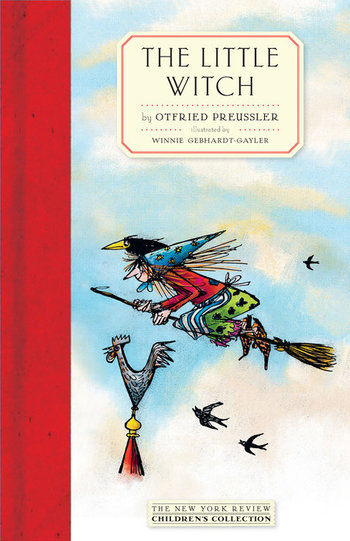 The Little Witch (in German: Die kleine Hexe) is a children's novel written by Otfried Preußler in 1957.

The little Witch sneaks into Walpurgis Night at the young age of a hundred and twenty-seven, only to be punished when the big witches find her out. With the help of her raven, Abraxas, she must learn to be a good witch for the Head Witch to allow her in the next festival.

The Little Witch provides examples of: