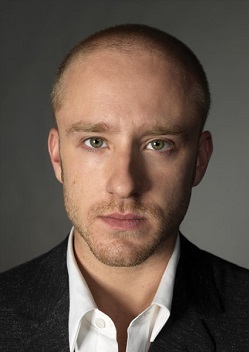 Benjamin A. Foster (born October 29, 1980 in Boston, Massachusetts) is best known for such movies as Liberty Heights, 3:10 to Yuma (2007), Big Trouble, 30 Days of Night, The Punisher (2004), Hostage, X-Men: The Last Stand, Pandorum, Get Over It, The Messenger (2009), Hell or High Water, Leave No Trace, Hustle (2022), and the film adaptation of Lone Survivor and Flash Forward (1996). He played Medivh the Guardian in the movie adaptation of Warcraft and billionaire Mad Scientist Bertrand Zobrist in Inferno in 2016.

Not to be confused for the orchestrator of Doctor Who and orchestrator/composer of Torchwood. Or the English professional footballer.

He is married to Laura Prepon, and they have two children together, a son and a daughter.