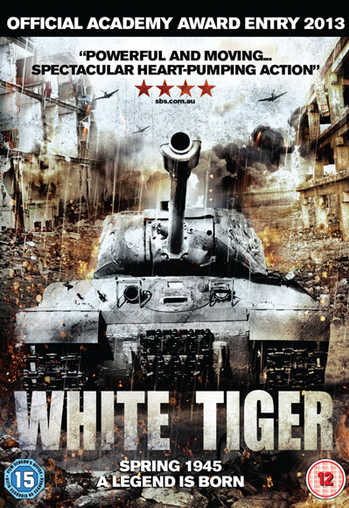 White Tiger is a 2012 Russian film set in World War II. During the Vistula-Oder offensive in early 1945, Soviet forces find themselves facing a mysterious white-painted Tiger tank, which would appear without warning and wreak havoc on their own armour before vanishing without a trace. In the wake of one such encounter, Ivan Naydenov, a tank driver, is pulled out of his knocked-out tank with 90% burns throughout his body, which mysteriously heals within days. Unable to remember anything and yet claiming to possess a link to the White Tiger and the tanks it has killed, Naydenov is given a tank, a crew, and the task of finding and destroying the White Tiger, which may or may not be a supernatural force.