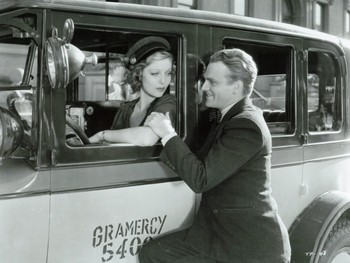 The film follows Sue Riley (Young) and Matt Nolan (Cagney) as they are caught in the middle of a cab company’s warfare for turf. Matt is an independent cab driver who thinks they should use violence to fight off the Consolidated Cab Drivers, but Sue thinks differently since her father's death was directly linked to the growing hostilities. Tensions rise but peace is surprisingly met until Matt’s brother is murdered by Buck Gerald, the head of Consolidated.

Matt is a hot-tempered guy who reasons he must kill Buck to avenge his brother’s death.

This is the film that gave the misattributed quote of “You dirty rat!” to Cagney which was actually, “Come out and take it, you dirty, yellow-bellied rat, or I'll give it to you through the door!”

Not to be confused with the '70s TV Show or the French film series of the same name.