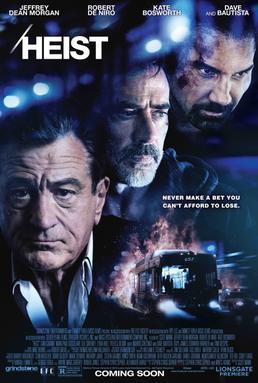 The film revolves around Luke Vaughn (Morgan), an employee of a Casino ran by secret criminal Francis "The Pope" Silva (De Niro) who teams up with three co-workers, including security guard Jason Cox (Bautista), to steal money from it so that Vaughn could pay the medical bills for his sick daughter. During the robbery, one of the co-workers leaves on their own in the car they were using, forcing to hijack a bus while escaping from Pope's forces, led by his right hand man Derrick "The Dog" Prince (Chestnut).

Not to be confused with the 2001 movie of the same title.