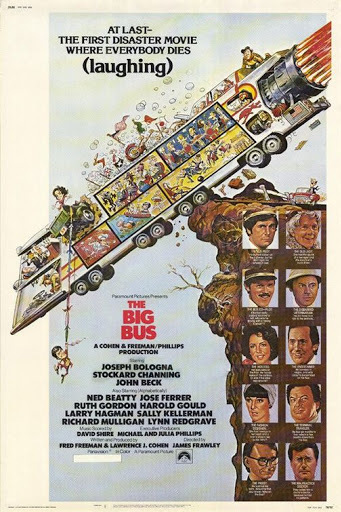 The plot revolves around the maiden journey of the Cyclops, an enormous nuclear-powered bus (equipped with a bowling alley, cocktail lounge, swimming pool, and dining room) designed to carry 110 passengers in comfort on a non-stop journey across the continental United States. The driver is haunted by past disaster, the passengers have a variety of personal problems, and shortly into the journey the bus is sabotaged by a sinister consortium of oil magnates who wish to discredit nuclear-powered vehicles.