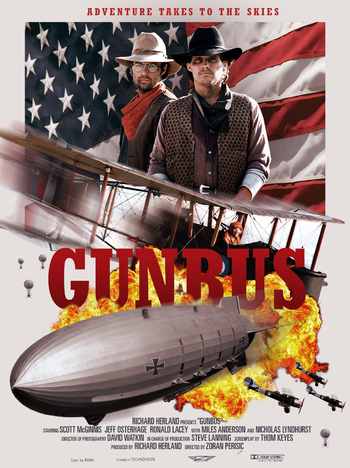 Sky Bandits, also known as Gunbus, is a 1986 British adventure film about two outlaws from the Wild West, drafted to the battlefields of WWI, who enlist in the fledgling Royal Air Force flying early warplanes called gunbuses.

When two cowboys, Barney and Luke, are captured in the old west trying to rob a bank, they are exiled to the front lines of World War I to fight alongside the British. They get into a bet to see if they can fly a Gunbus, they do but then end up in another base under an officer who is determined to hunt down a German airship.