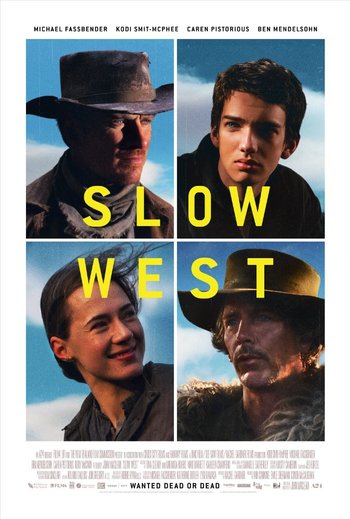 Because the main complaint about Westerns is that they are too fast.
Jay Cavendish: All I'm sayin' is there's more to life than just surviving.
Silas Selleck: Yeah. There's dyin'.

Slow West is a 2015 Western film from John Maclean. It follows Scottish teen Jay Cavendish as he crosses the American frontier in search of his love. He hires the bounty hunter Silas Selleck (Michael Fassbender) as his guide.The film was the Dramatic Winner of the 2015 Sundance Jury Prize.