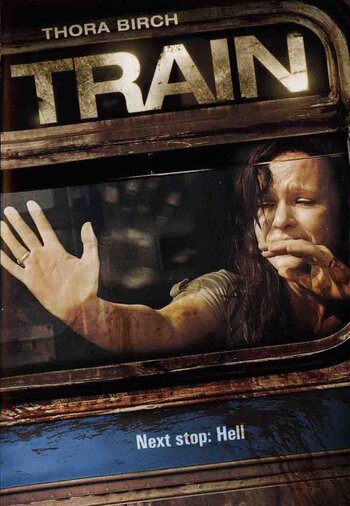 Train is a 2008 horror film directed and written by Gideon Raff and starring Thora Birch and Gideon Emery.

After a night of wild partying and missing their train, a group of American college athletes is invited to board another that is going their way. Once on board, members of the team start to go missing, and their would-be saviours claim to have no idea what could have happened to them.

When they discover the truth, it is too late to escape and they must for their lives against their captors to put an end to their ride to hell.