Film / The Wackiest Ship in the Army 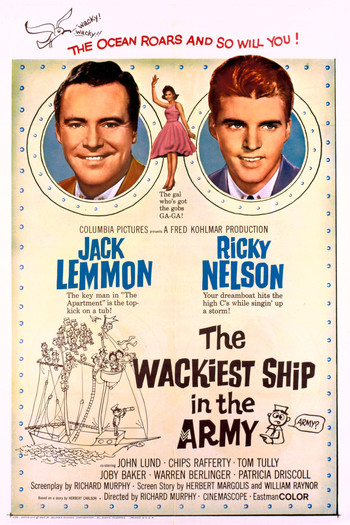 The Wackiest Ship in the Army is a 1960 American World War II comedy film directed by Richard Murphy, starring Jack Lemmon and Ricky Nelson as two men manning the sailing ship the USS Echo alongside a fairly (at first) incompetent crew as they sail to Japan in hopes of studying enemy tactics.