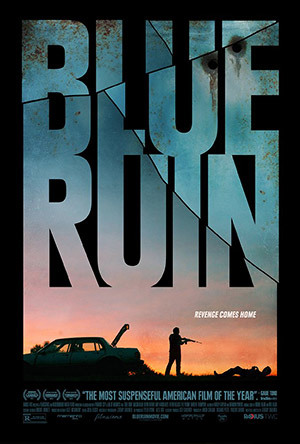 Blue Ruin is a 2014 independent thriller directed by Jeremy Saulnier and starring Macon Blair. It was funded through a successful Kickstarter campaign and premiered at the 2013 Cannes Film Festival as part of the Director's Fortnight section.

The film tells the story of a broken man named Dwight, who learns that his parents' killer is being released from prison. Bloodthirsty and determined, Dwight tracks down his parents' killer and viciously murders him. Just as it seems his objective is over, he learns that the family of the killer is out to kill Dwight and his family for what he has done, forcing him into a tangled web of danger and revelation.