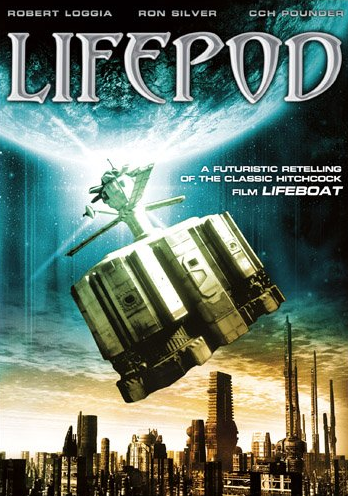 Lifepod is a Made-for-TV Movie that aired on FOX back in 1993. Essentially a Sci-Fi remake of the Alfred Hitchcock classic Lifeboat, it was directed by Ron Silver, who heads the cast along with Robert Loggia and C.C.H. Pounder.

The film takes place on Christmas Eve 2168 A.D. and chronicles the adventures of a small group of survivors struggling to survive in a life pod drifting in space after the space cruiser that they were traveling on explodes, apparently due to a bomb that had been planted on the ship. With limited food, water, and air, the survivors gradually begin to suspect that one of them on the life pod is responsible for the sabotage of the ship as well as the theft and contamination of their supplies.