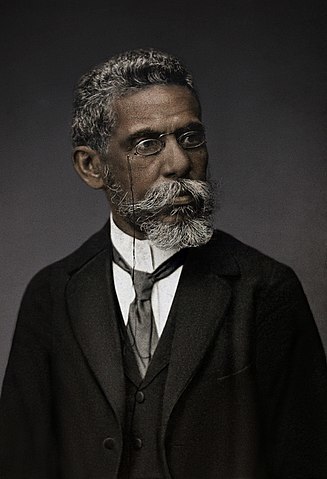 Joaquim Maria Machado de Assis, more often known as Machado de Assis (June 21, 1839–September 29, 1908), was a Brazilian novelist, poet, playwright and Short Story writer. He started his career as a proofreader on a small newspaper and died recognized by many as the most important Brazilian writer. He was also the first President of the Brazilian Academy of Letters, founded in 1897.

Some of his works, which often display his witty, sarcastic attitude, are still read in Brazilian schools to this day. Although he is mainly unknown outside Brazil, he has attracted some attention: Woody Allen admitted to being his fan and Harold Bloom called him "the supreme black literary artist to date".

Examples of his works:

Works by Machado de Assis with their own pages:

Other works by Machado de Assis contain examples of: