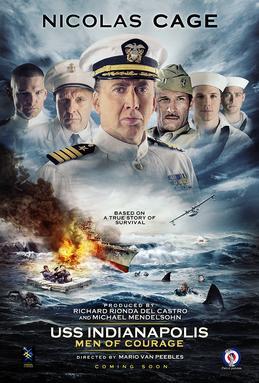 Set late in the Pacific War, the eponymous US cruiser

is given the top-secret assignment of delivering components for the "Little Boy" atom bomb to the American base on Tinian. While the mission is successful, on their way to Leyte to rendezvous with the rest of the American fleet anchored there, she is sunk by Japanese Submarine I-58 in the wee hours of July 30, 1945. What follows is a 5-day ordeal for the surviving crew members of the Indianapolis, with all but 317 of them dying to shark attacks, exposure to the elements, and dehydration.