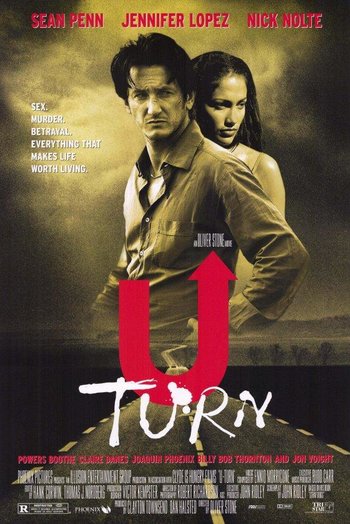 Sex. Murder. Betrayal. Everything that makes life worth living.
Advertisement:

A drifter named Bobby (Penn) is on his way to pay off a large debt of $13,000 to a gangster in Las Vegas when his car breaks down, forcing him to drive to the nearest town, Superior, Arizona. While waiting for his car to be fixed by the town mechanic, he wanders around the town where, everything that can go wrong, does go wrong.