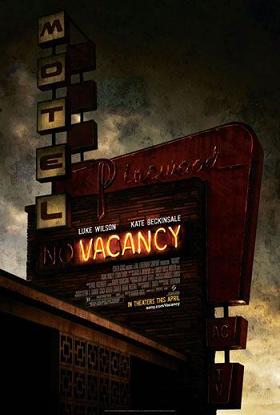 2007 horror thriller about a bickering couple, David and Amy (played by Luke Wilson and Kate Beckinsale), who are forced by circumstances to stop in a seedy motel. They find out the hotel owners make snuff movies with their guests as the "stars"/victims.

In 2008, a prequel titled Vacancy 2: The First Cut was released straight to video.

The First Cut has examples of: