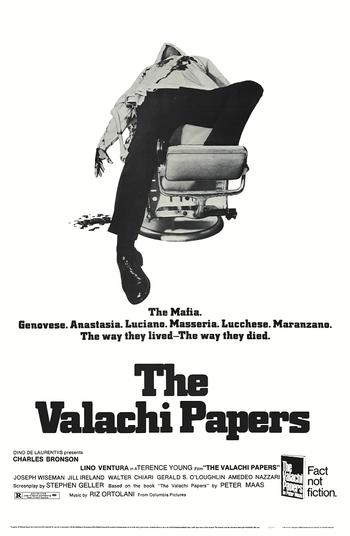 The Valachi Papers is a 1972 crime film directed by Terence Young and starring Charles Bronson, Lino Ventura, and Jill Ireland.

Adapted from the 1969 book of the same name by Peter Maas, it tells the real life story of Joseph "Joe" Valachi, a Mafia informant in the early 1960s.